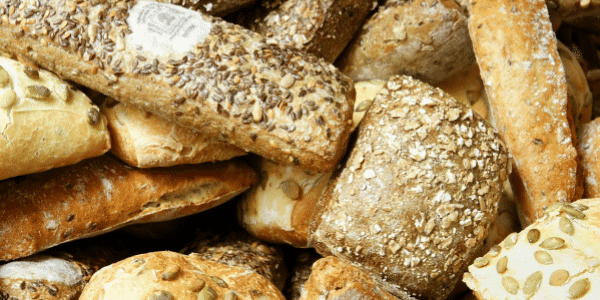 The Quality team at the well-established bakery had long recognized that yeast, flour and chill-water temperatures during the earliest sponge and dough mixing were key factors impacting final product quality.

The team likewise knew that uniformity of dough ball weights coming from each divider was crucial, as were the dry, wet and internal dough temperatures at the proof box. The team had already implemented monitoring of oven temperatures and bake time, as well as a host of parameters during the slicing and packaging operations, including bun dimensions and topping coverage.

They were working hard and knew a lot about what was being produced, but also knew there were additional gains to be made.

Although numerous parameters had always been checked and recorded with a paper-based tracking process, reviews of performance were conducted only periodically and not on a daily basis. Consequently, the identification of control problems often came well after the product was affected.

Through the urging of the Quality team, the company implemented an SPC system with the goal of capturing critical data automatically from gauges, scales, check weighers, vision systems and other automated inspection equipment. They hoped to achieve real-time feedback to the line operators at the point of production, before any parameter was out of specification. In order to achieve this the Quality team selected WinSPC software.

The Quality team was able to implement connections to production and inspection equipment quickly using the standard interfaces built into WinSPC, and had the system installed and fully operational within thirty days. To speed adoption on the plant floor, they configured the WinSPC user interface to mimic the workflow of current inspection procedures. This enabled line operators to start collecting data and to begin monitoring the process using real-time charts with less than twenty minutes of training. The Quality team configured rules and alarms for the mixing operations, such as watching for a set number of points falling outside the target zone.

The system provided simple onscreen visuals with color-coded alarms that prompted the operator to take specific action, including entering a note. Operator adoption was nearly immediate as they could capture data in less time and with less effort than entering the data into Excel or on paper as they had done before. The system also automatically sent supervisors emails to help keep track of process status and trends. Supervisors appreciated that responses to violations were immediate and that the corrective actions taken were recorded.

The team set up similar SPC alerts for tracking dough ball weights. Dividers were adjusted based on rules specific to the production equipment in order to control material usage and over weights. Sampling was also done by operators on scales near the divider, with automated outputs from the scales ensuring that the measurements were complete, timely and accurate. The system also collected dough temperatures and tracked the proof time to ensure consistency prior to baking, and tagged the flow with environmental values such as relative humidity to help with analysis later.

Just like at home, when watching the bread rise through a glass oven door, the first few minutes of baking and evaporation encompasses a critical stage of the baking process. The Quality team automated the tracking of oven temperatures against specification limits to confirm performance and to help identify which burners required maintenance. The bake time was recorded and evaluated for variation from target, and then the internal bread temperature after baking was tested to confirm that the gluten had done its job in giving the loaf its form and structure. Once the loaf cooled to the proper temperature and was ready for slicing and packaging, the system captured bun length, height and width, as well as toppings coverage and symmetry.

Of course, the most important outcomes to customers still elude automation, so at this point sample sensory checks for smell and taste were collected and entered in the system. Finally in packaging, proper label weights were validated prior to shipping. This last step was of particular interest for analysis because it pointed to potential cost savings in previous process steps – where possible process adjustments could be made to control weight before volumes of bread were produced beyond target levels or under legal weight.

All of this information was saved in the central WinSPC database enabling engineers and managers to not only monitor diverse activity across the plant using dashboards but to drill down to explore variation and special causes. Production summary reports could now be generated with a single click for management meetings and sent to customers upon request, saving hours every week when compared to the previous process using Excel.

Feeling empowered, the team began using the built-in analysis tools to analyze performance on recent runs and compare results to previous periods to find continuous improvement opportunities. Quality engineers could now filter data by SKU, by variety, by run and by line to isolate sources of variation and then look for changes week-to-week or month-to-month. The Quality team is now ready to expand this project to even more process parameters, to automate supplier COA’s, and to expand the number of management personnel who can access their own dashboard views. The next level of process improvements are hoped to result from directly monitoring the cost of variation using the patented WinSPC Cost Inspector.

DataNet Quality Systems empowers manufacturers to improve products, processes, and profitability through real-time statistical software solutions. The company’s vision is to deliver trusted and capable technology solutions that allow manufacturers to create the highest quality product for the lowest possible cost. DataNet’s flagship product, WinSPC, provides statistical decision-making at the point of production and delivers real-time, actionable information to where it is needed most. With thousands of installed facilities worldwide and distributors across the globe, DataNet is dedicated to delivering a high level of customer service and support, shop-floor expertise, and professional Continuous Improvement, Six Sigma, and Lean Manufacturing services.