Home » Ask The Expert » How do I implement SPC for short production runs? – Part 2 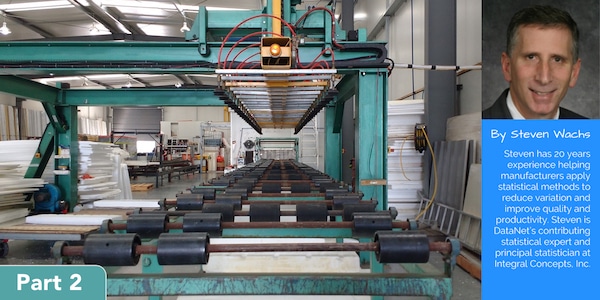 In last month’s article, we introduced the concept of utilizing Deviation from Nominal (DNOM) control charts for short production runs. These charts allow us to monitor process characteristics over time even when the units being controlled have varying nominal values. DNOM charts assume that the process variability (i.e. standard deviation) does not vary significantly by part type. However, often this assumption does not hold.

Recall the data we presented in the example in last month’s article: 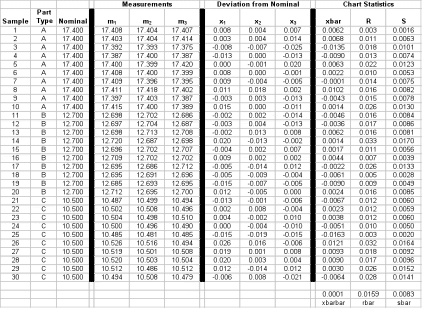 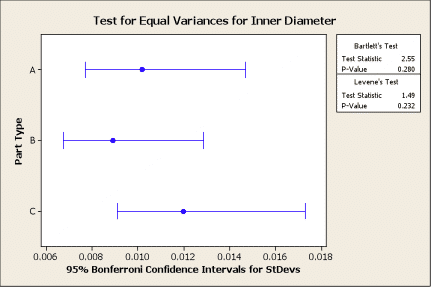 The above graphic illustrates the results of the hypothesis test for equal variances for the 3 part types shown in the previous data. The relatively large p values (> 0.05) indicate that we do not have sufficient evidence to conclude that the variances are different (with 95% confidence).

In this case, a regular DNOM chart (and S chart) would be appropriate.

Now, we consider the case where the groups do not share a common degree of variation. Data on Inner Diameter on 3 Part Types is shown below. A statistical test is performed to test for equality of variances. 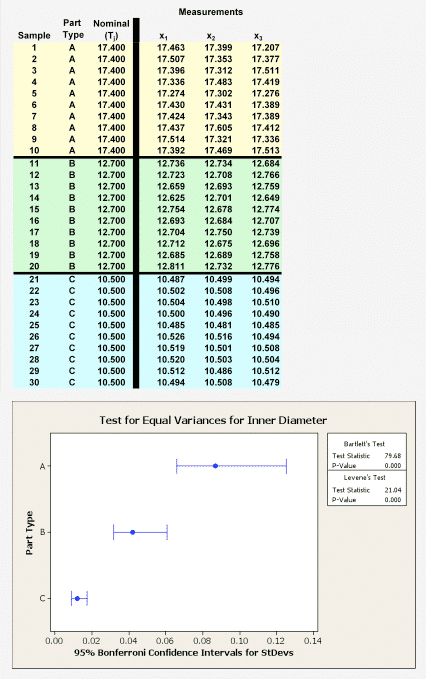 Clearly more variation exists for the larger diameter parts than for the smaller diameter parts. The very small p-values (< 0.0005) indicate that the differences in group variances are statistically significant. You can also see this by noticing that the estimated standard deviations of each group fall outside the confidence intervals for the other groups’ estimated standard deviations.

What if we hadn’t checked and just constructed a regular DNOM and S chart? Can the 3 part types (segregated by the dashed vertical lines) be adequately monitored on these charts? 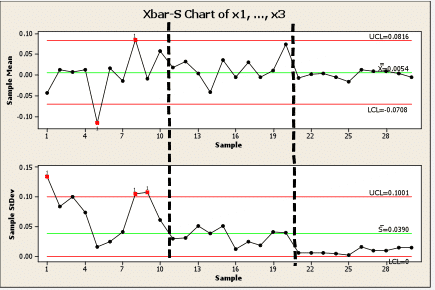 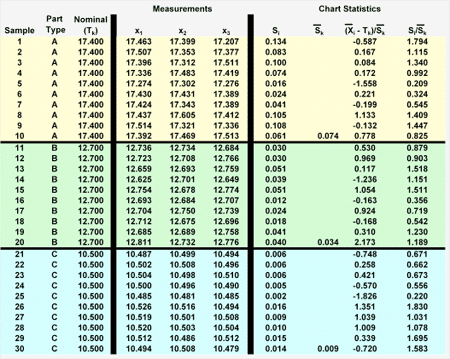 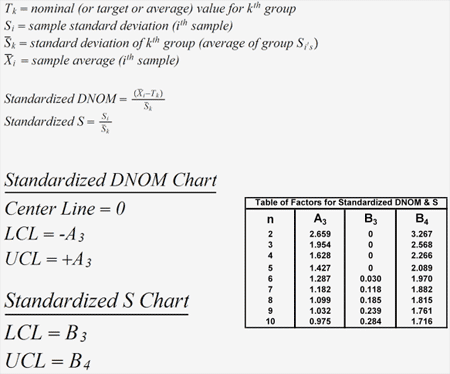 Standardized DNOM and Standardized S charts based on the above data and calculations are shown below. 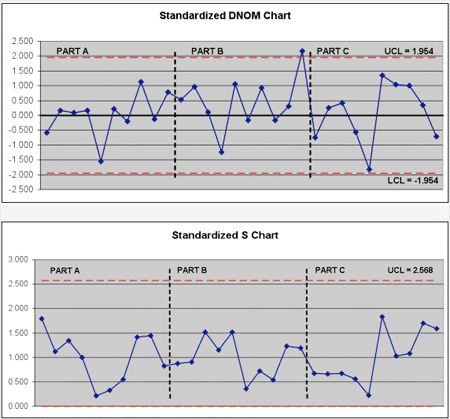